On Novemeber 17th, shoegaze legends Ride played The Commodore Ballroom in Vancouver, BC. The show was part of the band’s reunion tour celebrating the 25th anniversary of Nowhere, their quintessential debut album. I am supremely grateful for this recent string of anniversary tours, allowing for millennials like myself to get a chance to see bands that broke up long before we could discover them.

Though Ride never became a household name (not like Oasis anyway, where Ride member Andy Bell played bass for a stint), the band was immensely popular in their heyday, selling out international shows in minutes and even breaking into the UK top ten with “Leave Them All Behind.”  The band rose quicker than most with help from Creation’s Alan McGee and Jesus and The Mary Chain’s Jim Reid. The success of Nowhere, Going Blank Again and the EP Today Forever built anticipation for the band’s ultimately lackluster third and fourth albums. Tension between members rose as Mark Gardner and Andy Bell had opposing views as to where Ride should take their sound. The meandering, classic rock infusion of Carnival of Light and the straight forward Tarantula were proof the two never did find that common understanding.

The reason for Ride’s early success isn’t a mystery. The three EPs the band released leading up to Nowhere were like perfect pop-rock morsels: a little heavy, a little lo-fi, and full of hooks. The third EP, Fall, would eventually be incorporated into Nowhere, finding a release on Creation in late 1990. 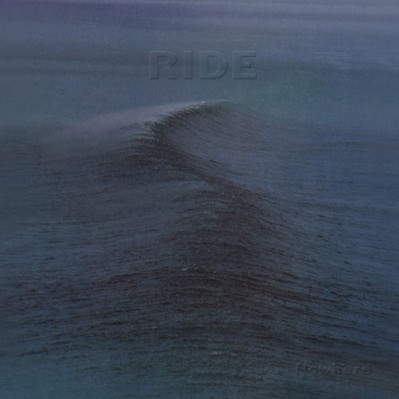 25 years later and the band still rocks (with the help of backing tracks mind you) and Nowhere sounds better than ever. If that’s not enough, the 25th anniversary addition tacks on the Today Forever EP neatly onto side D. The whole thing is pressed on some pretty psychedelic marbled blue and white vinyl as well.

In a nutshell, Nowhere is happier than Just For a Day and cleaner than Isn’t Anything – albums that came out, respectively, around that time from Slowdive and My Bloody Valentine. The result being that the members of Ride, intentionally or not, come across as more of a “rock” band here than on the majority of their EPs and their sophomore record, Going Blank Again.

Although it was a live viewing of The Smiths that inspired Ride’s formation, it wasn’t until Going Blank Again that we truly hear their influence. One needn’t look past the jangling, psych-meets-brit-pop perfection of “Twisterella” to know what I mean; the song features perhaps the best guitar hook from the 90s. In the retrospective umbrella of Going Blank Again‘s cheeriness, Nowhere feels almost overly calculated. This is not to the album’s fault, however, but simply points to Ride being intent on a specific sound for either record. Unfortunately, the tension that would rise in the band in the latter half of their existence saw this uniformity, and the clarity that arose from it, rarely achieved again. 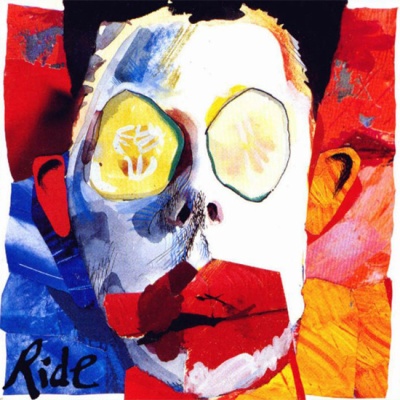 Despite their later years, Ride’s track record for more-favourable-than-not full lengths was by no means awful, though they did shine brightest in small doses. The band favoured the 4-song EP format, especially in the early years, and keeping to a simple yet effective formula that found a balance between reverb, upfront chord progression and candid vocal delivery.

The excellent Today Forever EP found the band tweaking their sound once again, dialling back slightly on their already transparent shroud of effects. The lightness of “Sennen” and “Today”– the latter centered around an acoustic guitar – gave the band’s sound a much welcomed expansiveness that culminates into a barrage of marching drums, squelching guitar and all around heaviness at the album’s close. Easily, this is one of Ride’s finer releases.

It’s easy to point a finger and judge a band that started out with such promise but ended on a misstep. The thing is, you quickly run out of fingers. It’s best to celebrate the good times, and Ride possessed much to be celebrated. For one, the band succeeded in carving out their own sound, not settling on riding the wake of contemporaries like MBV or The Smiths. From the beginning the band opted for a more conventional approach, but Ride’s music never sounded contrived. At one time they were even proclaimed as the last great hope for British rock, and though they’re not exactly the Beatles, you’d be hard pressed to argue that Ride didn’t make a sizeable dent.