It is impossible to tell the Red House Painters story without first paying respect to the band’s founder, frontman and beating heart: Mark Kozelek. The story of Kozelek is as interesting as it is long and arduous. At a certain point in digging into his past, it becomes painfully clear how much his work has mirrored the life he leads. Music is, and always will be Kozelek’s life’s calling, and, like anything that perpetually follows one around like a ghost, his life’s burden.

After the dissolve of Red House Painters in the late 90s, Kozelek hit what one might consider the soul-searching part of his career, releasing a few covers albums before forming Sun Kil Moon with members from RHP (notably, drummer Anthony Koutsos and guitarist Phil Carney). Currently, as Kozelek’s career tumbles forth, his song writing grows less and less cryptic, to the point where, on his most recent album, Universal Themes, his songs have taken the form of wordy – if not overly self-righteous – confessionary pieces.

The plus side to Koz’s confessions are that we really get to know him, at least, as much as one can know somebody without ever meeting them. Anyone versed well enough in his career will know that beneath his abrasive persona lies a deeply sensitive individual. His songs reveal a man who’s dealt with depression, existential crises, infidelity guilt, and enough death around him for five life times.

As prolific an artist as Kozelek is it can be difficult to take a step back to consider it all. As a fan, what isn’t difficult is seeing the importance of the Red House Painter’s years among that timeline. It was Down Colorful Hill that put Koz and his band into motion in 92, and over the next four years the Painters would produce some of the best emotionally introspective rock music in history, finely balancing the soft and the loud, the delicate and the harsh, the happy and the oh so sad.

Red House Painters were the best slowcore act of the 90s, and that’s in the illustrious company of bands like Bedhead, Low, and Codeine. Today, Alcohol the Seed takes on the difficult task of placing the six studio albums by the Red House Painters into some kind of logical order. The challenge is that there isn’t a dud among them, so, inevitably, the task becomes a game of playing favourites. However, if something, anything, in the process can be revealed of the band and their enigmatic place on the totem of American underground music, then perhaps it’s a challenge worth baiting. 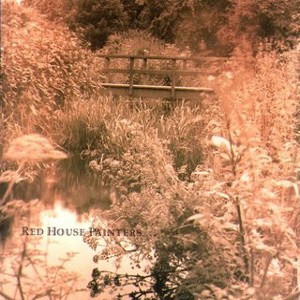 Red House Painters released two self-titled albums nicknamed after the imagines depicted on their covers. Bridge is essentially the sister album to Rollercoaster, both released in the same year, and both featuring different versions of “New Jersey” (Bridge featuring the electric while Rollercoaster featuring the acoustic). Bridge hints at Koz’s mastery for covers, with his version of Paul Simon’s “I am a Rock” taking the third track slot, and the “Star Spangled Banner” capping off the record. Neither cover seems to embody the RHP’s lonerism ethos as well as “Bubble” or “Blindfold,” leaving the album feeling a bit fractured, conceptually.

Fortunately, the one-two of “New Jersey” and “Uncle Joe” make up for the album’s shortcomings. “New Jersey” is like your favourite Tom Petty song heard slightly slowed down right when the drugs start to wear off, while “Uncle Joe” is RHP’s pinnacle of wrought, tear-inducing emotion.

5. Songs For a Blue Guitar

Songs For a Blue Guitar is the most varied RHP release, made up of melancholic love songs, instrumental-heavy epics and classic rock covers. It seems almost ridiculous that Koz and the band would expect the listener to tag along during their joy ride of emotional ups and downs from one song to the next. However, for reasons I can’t exactly pin down, it all seems to work.

The first half of Songs… shines brighter than the second, with the snowflake-gentle “Have You Forgotten” easing the listener in. “Make Like Paper” is everything one would want to love from a twelve minute, guitar-centric rock song, without ever feeling like it meanders too far from its core hooks. “Trailways” easily cracks the band’s top-ten best songs, with guitar work foreshadowing Koz’s mid-2000s records as Sun Kil Moon.

Songs of Note: Have You Forgotten, Song for a Blue Guitar, Make Like Paper, Trailways, Revelation Big Sur.

After its completion, it took three years for the RHP’s final album, Old Ramon, to be released. The fizzling out of the band, their severance from 4AD, and late 90s major label mergers all contributed to the album’s state of limbo. Sub Pop eventually picked it up in 2001, but by then Kozelek had already formed his new band.

If Songs for a Blue Guitar was a precursor to Koz’s new direction in sound, then Old Ramon might as well be considered Sun Kil Moon’s debut. Overall, the sound production is cleaner then any other RHP album, and the songs more approachable to those unfamiliar with the band. Anyone remotely interested in the mellower side of rock would find it nearly impossible not to fall in love with this record, whether it’s the classic rock influenced “Between Days,” the intimacy of “Void” and “Smokey,” or the early summer evening trance of “Cruiser,” there is a lot here to keep one coming back. 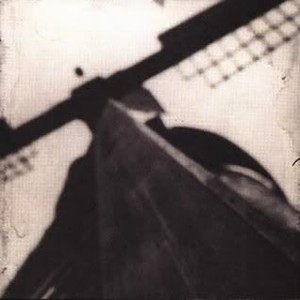 What was perhaps the most difficult thing about compiling this list was figuring out where to place Ocean Beach. From my first proper front-to-back listen to this very moment I’ve remained torn by my feelings towards the record.

The album is the Painter’s prettiest offering, with string arrangements, piano and classical-inspired guitar making appearances throughout. Ultimately, this was a deciding factor in bumping the album down from the second slot to number three (though it was a difficult call). Simply put, the Painter’s were best at their most raw, and Ocean Beach isn’t it.

To the band’s credit little can be said to dismiss the potency of “San Geronimo“, “Brockwell Park,” and the absolutely heart-breaking “Drop.” And with enough time spent with Ocean Beach, its saving grace is revealed through the ever-present quiver in Kozelek’s vocal delivery, at each turn echoing a yearning to make sense of life, love, and one’s place amongst it all.

Album art is not always telling of the music within, but the cover for RHP’s debut album, Down Colorful Hill, couldn’t be more perfect. The cover depicts a quilted bed, old and eerie looking, in a rather bleak room. The photo itself looks ancient, sepia-toned and worn, and despite the fact that the bed is made, the scene is about the least inviting thing imaginable. One can almost picture the decrepit remains of a person being removed from that very bed only hours before the photo was taken.

Then you hit play and the slow crawl of “24” only reaffirms your dread. Despite the almost upbeat tempo of “Lord Kill the Pain,” Down Colorful Hill is RHP’s darkest effort. The 10+ minute title track marches forward with Anthony Koutsos behind the drums, gaining momentum as Kozelek howls “bred for success” into the ether. The sullen “Michael” closes things out with Koz forlornly reminiscing about an old friend who he tried to hunt down and reconnect with. Ultimately, like any attempt to reconcile an inevitable parting of ways, his efforts are to no avail.

Songs of note: Down Colorful Hill, Japanese to English, Michael.

As much as I hummed and hawed over the order of these records, from the beginning the number one spot was a no-brainer. Rollercoaster is RHP’s opus, and still Kozelek’s best album (yes, it’s better than Benji). Within seconds of the album’s opener, Grace Cathedral Park, the listener is swept into Kozelek’s intimate song world. It’s no coincidence that when Koz would later joke about his fans wanting to hear him play songs from the 90s during current tours, that it’s the songs from Rollercoaster he mentions.

The music of the Red House Painters possesses a strange hold over the listener that is difficult to come by and even harder to explain. It can almost be equated to the act of drowning, where an immediate attempt to understand pain and struggle is soon followed by a tranquility that comes from letting go. Rollercoaster best exemplifies that analogy, possessing some of the band’s most distressed music, which, if one allows, can seed itself inside you and grow into something beautiful.