With today’s near world-wide ubiquity of the internet, the possibilities for musical collaboration are far greater than they used to be. These days, artists living thousands of miles apart can produce something together, usually by some form of digital file transfer–or, if you’re old school, I guess you could mail tapes back and forth. There is, however, something to be said about the virtues of face-to-face collaboration. 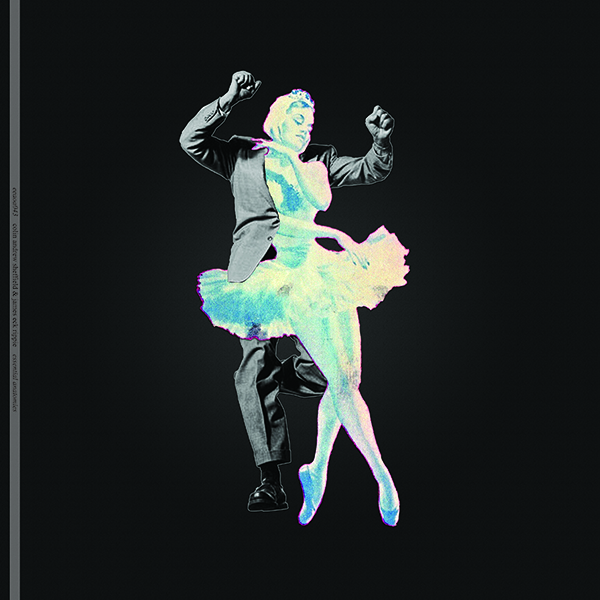 When like-minded musicians gather in the same room and play together, there is a magic that can happen, a gelling of vision and sound that can only really materialize from this kind of setting. Colin Andrew Sheffield and James Eck Rippie seem to understand this concept well. After beginning their musical partnership in Dallas, Texas, Sheffield soon moved across the country–over 2,000 miles–to Seattle, Washington. The move put the duo’s work on ice, but since Sheffield’s return to Texas years later, the two artists found themselves working together again.

Essential Anatomies is the product of the duo’s return to the collaborative stage. At over an hour and a half, the album sees the pair recontextuatizing “commercially available recordings.” What these recordings were to begin with is beyond me, as the audio is manipulated and deconstructed heavily from its original form. The presence of Rippie’s turntable lends the work an occasional likeness to GUM–an improv duo from the late 80s that operated in similar bare-bones plunderphonic–though him and Sheffield pare things back even further, lending credence to the album’s title.

By way of furtive pockets of noise and dark abstractions of previously recorded songs, Sheffield and Rippie create a flowing musical dialogue that reimagines turntablism in subtler ways. Essential Anatomies relies heavily on atmospherics over concrete forms, though recognizable timbres from familiar instruments do occasionally rise to the mix’s surface, like the horns that grace the album’s pensive closing track, or the piano that crops up all throughout track 2. And although these two artists forego anything resembling a traditional narrative, I do get a sense of an underlying intention at the music’s core, a likely byproduct of an inherent understanding of balance and pacing. There’s not much worse than experimental music that shows little intent and goes nowhere. Essential Anatomies certainly avoids such pitfalls.

Originally, the album was released in the form of two limited run tapes, which are now out of print. Scrutinized under the scope of four tracks played in succession as opposed to just two, the duo’s skillful restraint and consistent sound reveal themselves a little more. With this said, it’s a pleasure to have all four tracks available again as a single release, and on vinyl, nonetheless. As always, excellent work by way of Elevator Bath.