A tube amp warming up. The final stretch of an unwinding cassette tape. A radio with the dial set between stations. For most of us, if not simply the musically inclined, these are but three of the many familiar variations in static sound. Hiss, crackle, buzz, drone, fizzle, hum, whir, whatever you might call it, the liminal sounds of existence are one of life’s constants. These static sounds rarely blip the conscious mind of those unaware of their musical potency. To certain artists, however, these sounds hold the potential to be made alive, transcending a byproduct status that’s resulted from the second nature interactions between humans and machines.

Yan Jun and Ben Owen are two artists who not only recognize the potential in liminal sounds, but have adeptly harnessed that potential over their careers to create innovative and evocative music. Using a reductionist palette of controlled feedback, electronics, amps, and radio, Jun and Owen ease into a composition for approachable noise. Over its course, Swimming Salt balances piercing feedback with an ever-present crackle. As the title suggests, the work is like the sensory equivalent to an epsom salt bath, enveloping the listener in a blanket of simmering electronics. Eventually, parts of the blanket succumb to the void, allowing room for silent stretches that give the clinical tones an added weight when they are eventually reintroduced.

Ben Owen resides in Brooklyn, New York, while Jun, it appears, floats between Vienna, Taipei and Yokohama. While each player has surely been influenced by their respective locales, this collaboration remains geographically indistinct—out of context I wouldn’t be overly confident that this even came from Earth. More importantly, Swimming Salt continues to prove these two artists’ respective aptitudes for keeping things interesting. Owen, who also possesses a strong fascination with field recording, and Jun, who is one of the more unpredictable and eccentric Chinese voices in the experimental arena, use their collaborative chops to fuse a mutual interest in the power of unencumbered sound. And Swimming Salt, to these ears, is exactly the kind of work I would hope for when bearing in mind this noble pursuit. 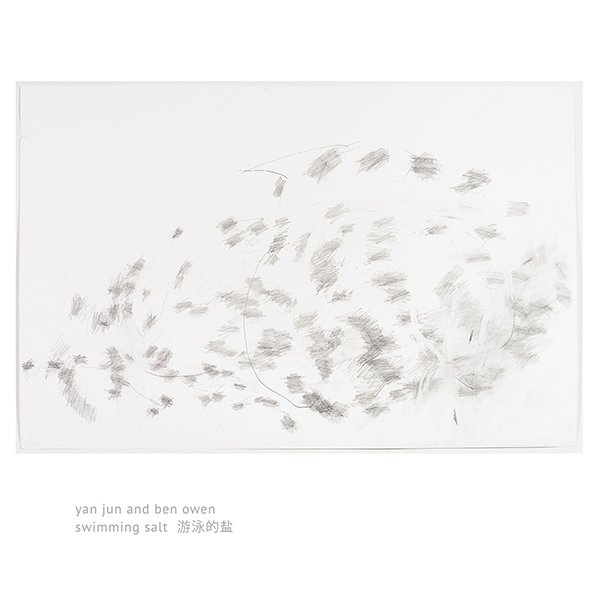