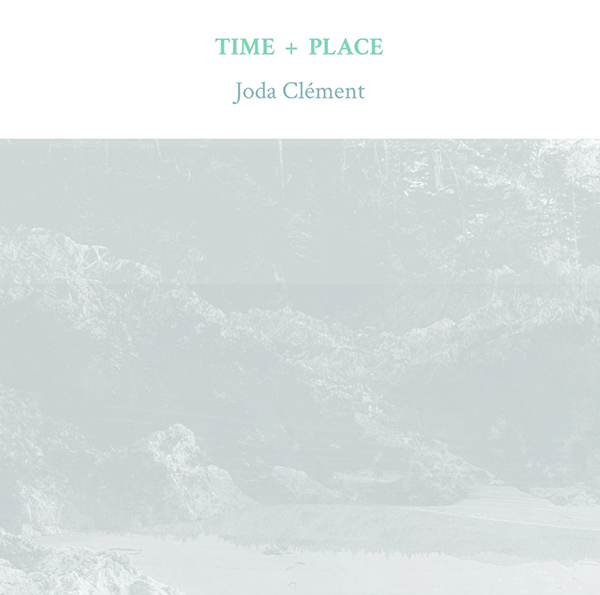 On his 2005 release, Movement + Rest, Joda Clément wrote: “My recordings attempt to blur the distinction between electronic, acoustic, and ambient sources.” On his new album, Time + Place, Clément stamps his erstwhile credo onto the present. Vague as it is, the work’s title possesses an air of facetiousness, as it’s rather pointless to try to extract specifics on time and/or place from this xeriscape of sonic ambiguity. From a less literal angle, most music has the affecting power of bringing one back to a place and time in memory. For me, this music sends me right back to my university days, when, between classes I would explore the various pockets of forest between campus buildings or just sit and listen for voices echoing into seldom used stairwells.

Clément’s music fits neatly among the Glistening Examples roster. And if I had to point out its “glistening” property, I’d say it in part stems from the artist’s ultra-subtle handling of his source recordings—likely a mix of home experiments for prepared instruments and covert sound captures from out in the field. As expected, distinguishing the sounds from one another is as difficult an endeavour as it is moot. More to the point is the compound, the new, complex shapes that spawn from the commingling of individual sonic elements. Even a cello—creeping into the mix from time to time—promotes the relaxed pace and continuity of the work, as opposed to disrupting it.

It isn’t until the latter half of “unhoused vacuity” that we feel a rise in intensity, but that spike is quickly reigned in on “light thread burning,” it’s sound falling in line with the album’s soft-humming, radiator-like consistency. I like this album for a few reasons, but what is perhaps most impressive about it is how it manages to stray from being boring despite how little seems to be happening. That engagement is surely a testament to Clément’s acumen for selecting highly expressive sounds and arranging them with a fewest-brushstroke mentality. Well done, an artist to definitely keep an eye on.

To purchase and stream the whole album, visit Time + Place on the Glistening Examples Bandcamp.