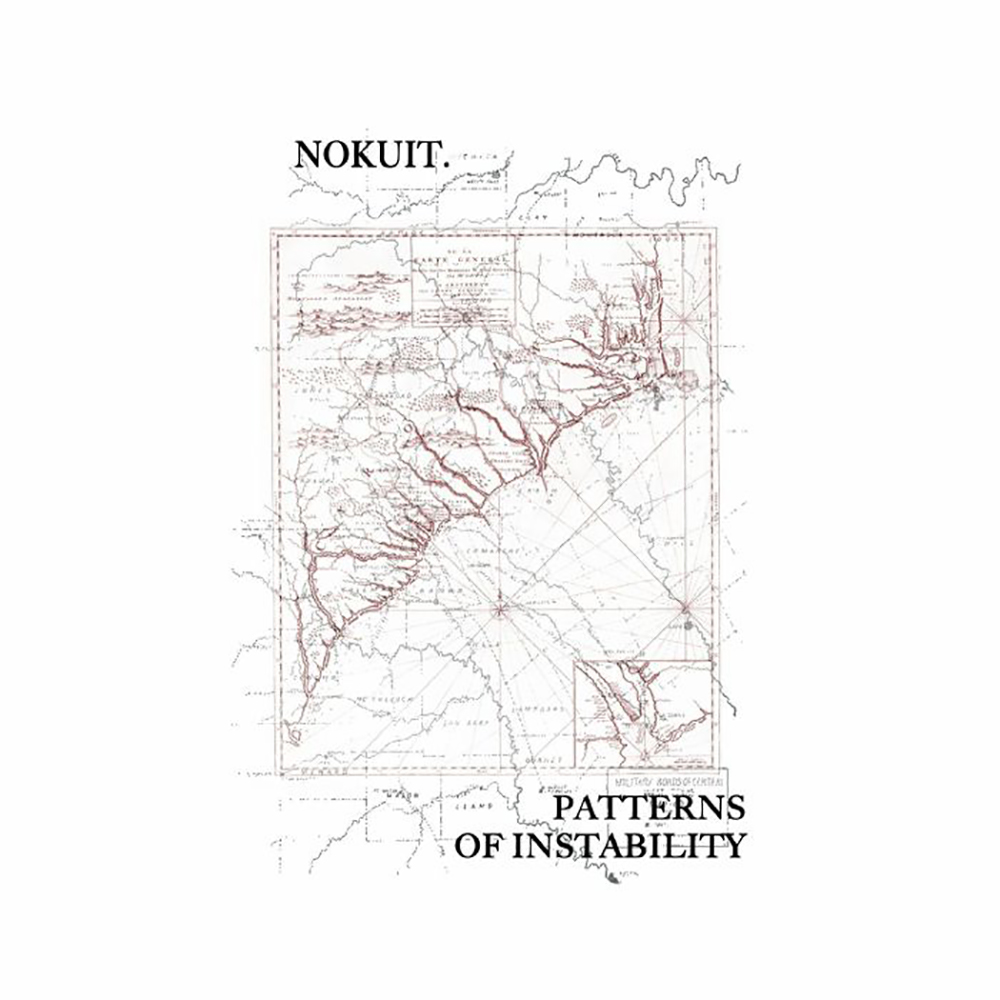 London based Nokuit is a mysterious entity, having thus far released a handful of cassettes all adorned with subversive societal and political imagery. Even more mysterious is the mercurial rumble that spews from the magnetic tape, ever so often dotted with a recording of some bygone esoteric broadcast. Thematically, Nokuit’s music is an abstract window into the implications of pervasive technology, military mobilization, and omnipresent surveillance. The listener may be swayed to take a stance, but the impetus, really, is that they draw their own conclusions. In other words, Nokuit isn’t here to preach. Like the decades-spanning work of Illusion of Safety or Nurse with Wound, Nokuit’s craft follows a similar suit of infused dread and suggestive violence. At its core it is a music that acts as antidote to a ubiquitous collective apathy, a music that screams: WAKE THE FUCK UP SHEEPLE!

Patterns of Instability offers two side-long suites, the first of which does a good job at acclimatizing the listener to the album’s callused noise. In a snowball effect manner, side A gathers momentum quickly and peaks at the midway mark with a seismic bout of distorted guitar. At this point it’s amazing how much the piece has changed in ten minutes without sounding rushed or lacking in direction. From here we are graced with a recording of some unknown commanding officer barking orders at his troops. Although this plays a pivotal role in Nokuit’s thematic suture, it is the final five minutes that do this and more, tapping into new veins of dread through a potent blend of sedate and disquieting instrumentation.

The slightly shorter B side follows a similar structure, but is all the better for keeping its aggressiveness in check. The timbral quality of the sounds employed here are in line with the dark-ambient type work I’ve come to appreciate over the years. The first half of side B was what ultimately sold me on the tape, where a favourable—from my standpoint anyway—less-is-more approach is used to dole out a choice but rare moment of melancholy. It is an eye-of-the-storm moment, a reprieve from Nokuit’s tightly woven darkness. As one becomes more familiar with the work, these moments present themselves a little more, emerging from the recesses of the sonic landscape. I can always set aside some appreciation for an album that doesn’t fully reveal itself on first listen, and Patterns of Instability is certainly a good one for that.