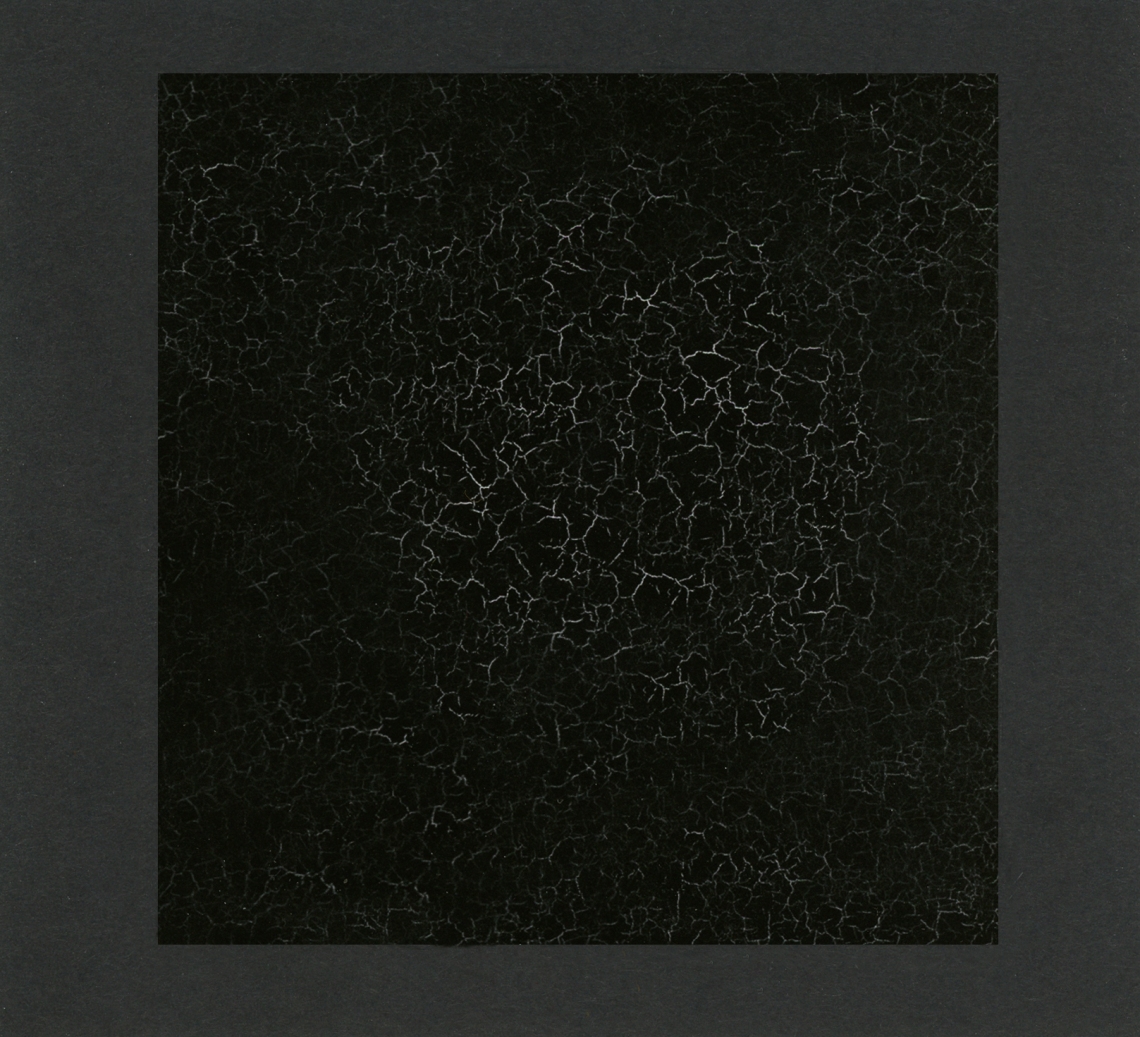 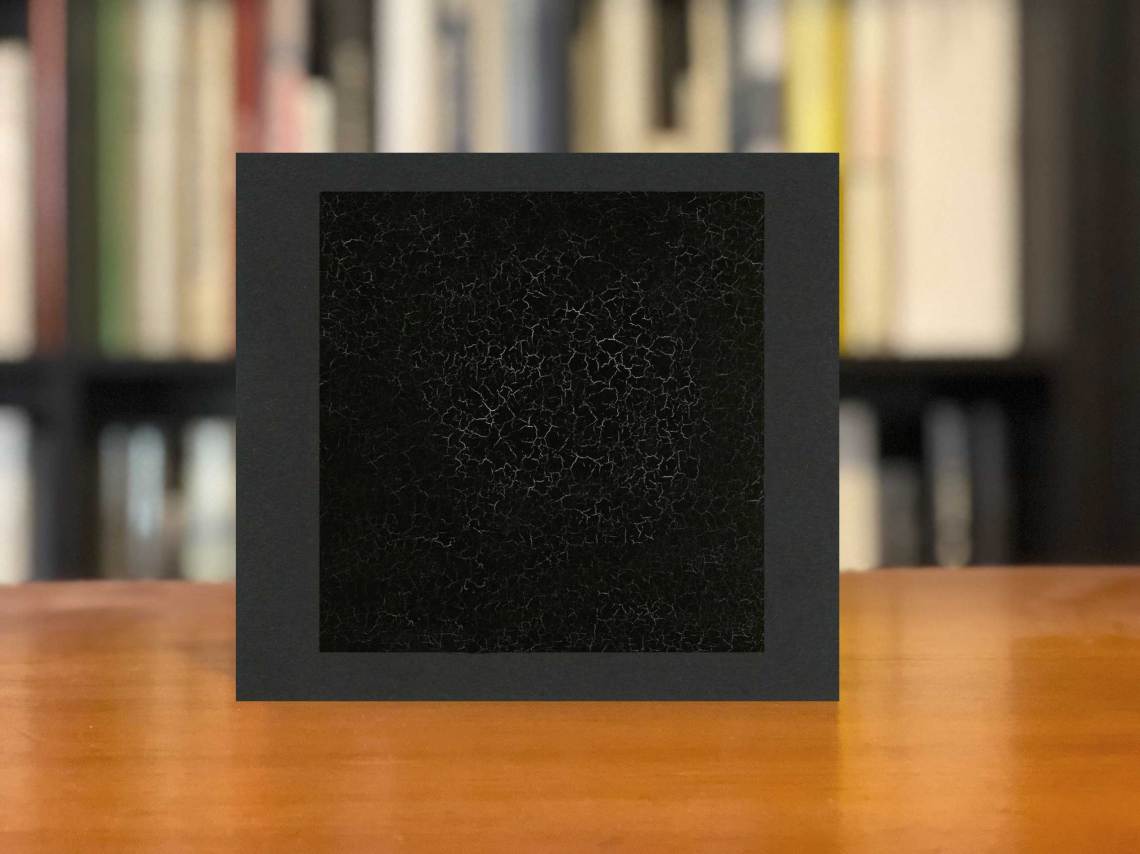 The Alcohol Seed is proud to present Matthew Swiezynski’s the one who modifies Time and Light on compact disc, co-published with New York’s Invisible Birds.

First in a series focusing on sound and music in cinema, dwelling on field recordings, follies and harmonies initially used to augment picture, now isolated and modified as a lover’s response to the experience of film.

The recordings are highly memory-annihilated edits of a mediation on the work of Satyajit Ray’s Apu trilogy, created initially for Patrick Mcginley’s Framework Radio. A further reworking of this music began in the logic editing system, where a slow-duplication was instituted in order to create a more stereo-rich listening experience. Soon discovered was a plethora of glitching errors. These glitching dreams were then augmented and purified in the tradition of John Cage.

In addition to these “chance procedures”, a touch of immobility, abstractions and layerings was added underneath to release the music further from its maker. After all this nonsense, the mix was found to be a pleasantly disorienting experience. This work is dedicated to my love Chi and our puppy Leviathan.

Leviathan gave me these words of inspiration which one can find in Paradise Lost Massacré :

“Infinite Vale. Through the vast and scornful deep, tossing fiery waves of dire hope, what sea-beast Leviathan that piloted the ocean storm, and burned lakes contrary to his own dark designs, he doth obscure mercy and continues on his dusky air. Praise Leviathan: the one who modifies Time and Light to drive us hence.”

Tracks:
the bird represents phases of the work
reduction, the transmission of light 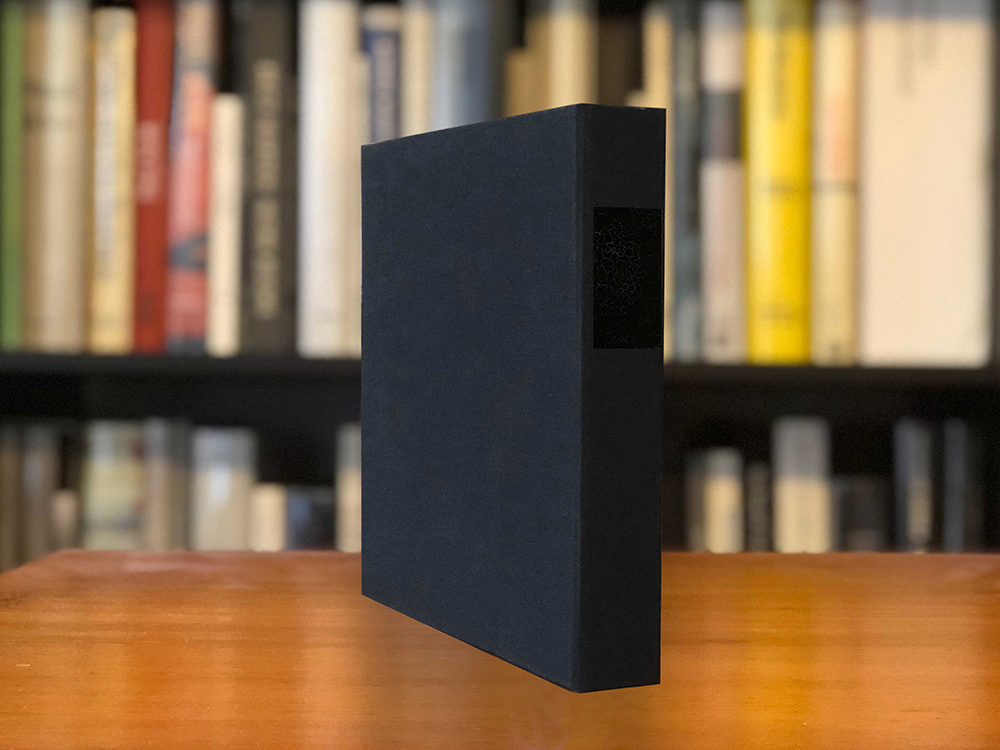 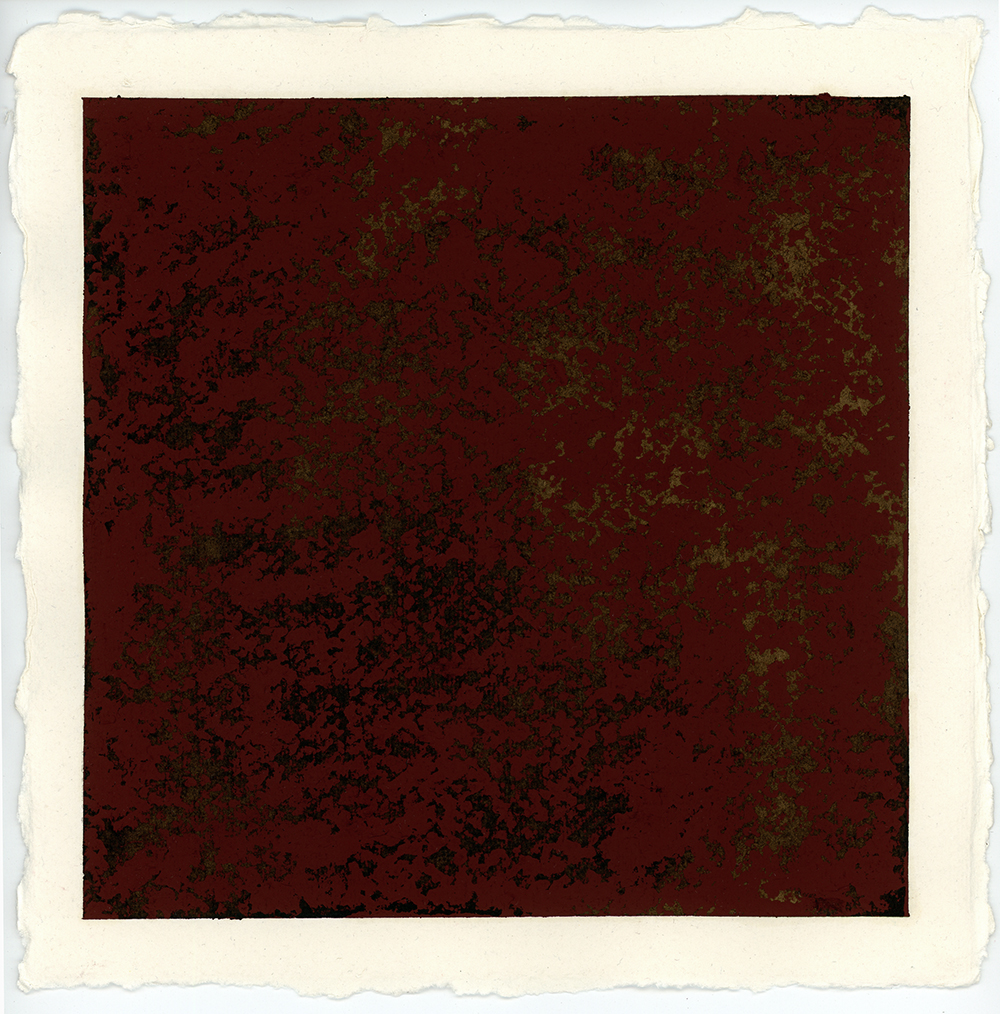 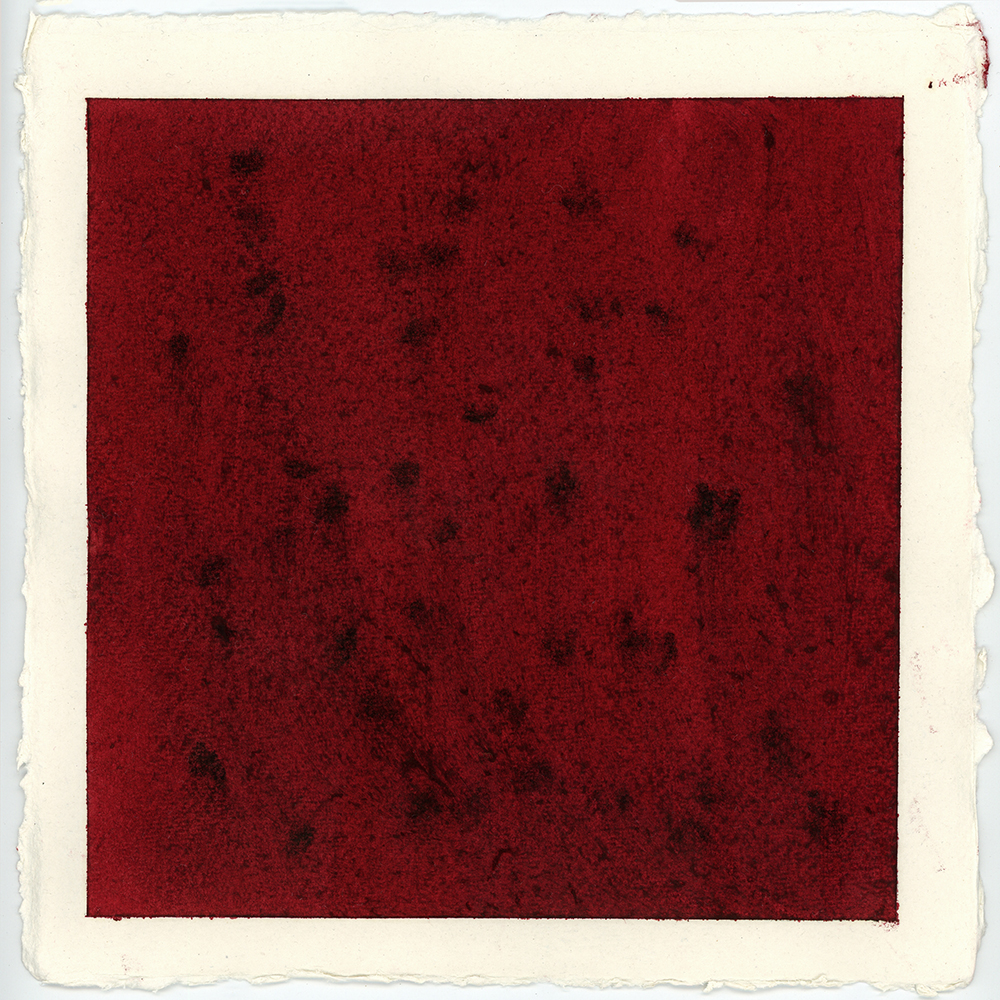 That last reference is to the terrific 10-year-old New York City label behind this release and Adrian Dziewanski’s hypnotic The Trail Looks Back. Both titles are co-released with The Alcohol Seed.

This disc features two densely atmospheric titles, both over 30 minutes in length. They represent the launch of a new series inspired by cinematic sound and music. And while that theme is immediately obvious in both pieces, the work is largely monochromatic.

That’s not a criticism. There is a kind of steely harshness running throughout the two works that comes across (to my ear anyway) in various shades of grey. It’s a powerful listen.

The album’s notes describe “field recordings, follies and harmony initially used to augment picture, now isolated and modified as a lover’s response to the experience of film.”

Satyajit Ray’s Apu trilogy is the core inspiration. Pather Panchali (Song of the Little Road), Aparajito (The Unvanquished) and Apur Sansar (The World of Apu) were released in 1955, 1956 and 1959 respectively. Thought by many to be the best ever produced in Indian cinema, the original music for all three films was composed by Ravi Shankar.

There are specific references to Ray’s masterpieces scattered throughout both pieces: “The bird represents phases of the work” and “Reduction, the transmission of light.” Bells ring, sitars buzz, trains race by. Like a lot of great field recording-based work, we’re treated to one striking visual after another.

It could well be that the greyness I’m picking up on is in fact a reflection of the fact that Ray’s celebrated trilogy is in black and white. Or it could simply be a personal interpretation of the extensive sound editing undertaken in the production of these two pieces.

Either way, Swiezynski and Co. have delivered a captivating 65 minutes.

Today I’m listening to NYC filmmaker/sound designer Matthew Swiezynski‘s new release, The One Who Modifies Time and Light on Invisible Birds, the label he founded. Consisting of only two tracks, each running over a half hour, the gestation of crickets or cicadas rise up on the bird represents phases of the work. This album is built on a lovely base of field recordings: natural elements and hushed voices, some caught with tape hiss, others temporal and almost meditative. There’s a moment of rapid drumming (or hard rain?) that has a cartoonish, almost Road Runner doing the samba feel.  Swiezynski is creating a radio play here that acts like a film. He take voices and rapidly edits them, as instruments there are overtones of, say, fellow film/sound collagist Christian Marclay. Along the way motors rotate, winds blow gates, all cleverly muted and stirred by a wealth of ravaging distortions. He calls it: “the recordings are highly memory-annihilated edits of a mediation on the work of Satyajit Ray’s apu trilogy, created initially for Patrick McGinley’s Framework Radio“. I call it simply a flood of inventive sound calculations.

I remember when I was a kid people told me not to listen to the Rolling Stones’ Their Satanic Majesties Request and somehow, ever the curious and contrary one, I never did. All these decades later, I’d imagine this could possibly be it. I say that jokingly, but there is so much embedded here, it’s a forensic dream. The second half, reduction, the transmission of light, starts anew with a twinkling near spirit-like atmosphere that slowly blends in the everyday. The CD comes in a handmade packaging (Ed. of 200) with a dark cracked monochromatic graphic. A miniscule edition of eleven includes two original oil drawings on unprimed khadi paper, that may change over time. I love this fact and it reminds me of the attention to detail other labels like The Helen Scarsdale Agency puts into their releases, nice to see those who care about the tangible, tactile nature of how sound can be collected not unlike field recordings themselves. As part/track two continue the drone is shaped in a mid to far Eastern style, reminding me of the native instruments of Morocco or Indonesia. Though a little dark, it’s more reflective than sinister, contemplative of its surroundings, which keep changing, morphing. Perhaps this is evocative of the title’s suggestion, there indeed is a great sense of shifting light here. This half of the recording stays much closer to its center whereas the previous meandered in its free experimentation. Available on CD (above) and via Bandcamp. This is the epitome of deep listening.