In terms of music, the Kadane brothers were attached at birth. Together, they formed slowcore giants Bedhead at the dawn of the 90s, a colossal decade for music both in America and abroad. Grunge was in full force on the northwest coast, the 2nd-gen emo movement was ramping up in the midwest, and My Bloody Valentine, Lush, and similar shoegazers were well into entrancing audiences with reverie-inducing vocals set to a backdrop of distorted guitars. After their third and final album, Transaction De Novo, from 1998, Bedhead faded into relative obscurity. Three years later the Kadanes emerged again as The New Year with Mike Donofrio and Codeine’s Chris Brokaw.

The Kadanes have hit the three album mark once again, and though it looked like The New Year, too, would call it quits there, the band recently teased on social media that a new album is in the works. That’s welcome news to fans who’ve waited seven years since their last LP. Until then, here is a rundown of The New Year’s full length albums to date. 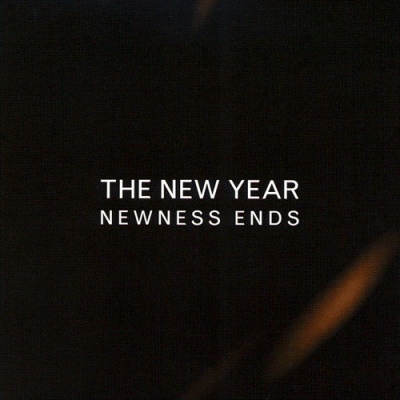 In Mark Richardson’s excellent Pitchfork review of the Bedhead boxset that was released nearly a year ago on Numero Group, he posits that the first album you ever hear from the band will likely become your favourite in the end. Strangely, in my case, that came true for both Bedhead and The New Year. Newness Ends, however, was the last album I heard from the band, and remains the most elusive to these ears. Kadane albums have a track record for slipperiness, often taking weeks of listening to take shape. This is one of the band’s most admiral qualities, consistently bringing you back in order to figure it out, as if their albums are a puzzle that one needs to exercise intense focus in cracking.

All things considered, The New Year are less slippery than Bedhead. This is in part, not only to the added instrumentation – mainly piano – but to the origins of New Year songs coming from drum parts and developing from there (the Kadane’s have revealed in interviews that Bedhead songs originated almost exclusively from guitar parts). I’d argue that starting with drums rather than guitars will give a band a bigger, more rock-oriented sound, as percussion suddenly becomes central to every song rather than something that’s added later to compliment existing sounds. Matt Kadane’s signature speak/sing vocals interestingly counterpoint the adopted heavier sound, providing many of the kick-driven tracks with an airiness, and keeping the mood light.

Kadane projects seem almost hellbent on being “album” bands – Wilco, too, comes to mind – where the idea of a standout song quickly evaporates. Releasing singles, too, seems almost pointless other than to provide more exposure, as any given song heard in isolation couldn’t possibly give a real indication of the band’s vision. For example, “Reconstruction,” with its infectious intertwining guitar parts, is given more potency budding heads with “Gasoline,” an, if not somewhat tongue-in-cheek, kind of love/hate relationship song about the petroleum product we know so well. As the debut album for their new band, the Kadanes proved they never lost their virtuoso respect for the album as an artistic artifact. 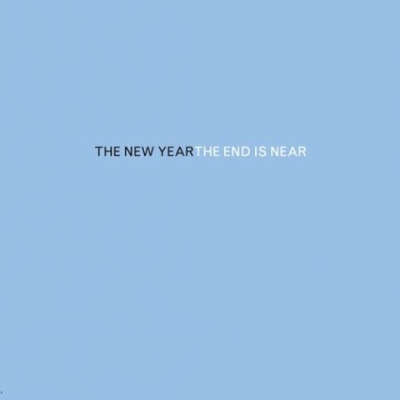 The End is Near is The New Year’s masterpiece. I tend to think of this record as the sister album to Whatfunlifewas, mainly because both were my first listens and eventual favourites from either band, respectively. Also, both albums have similar 7+ minute sprawling centerpiece tracks, The End is Near with “18,” and whatfunlifewas with “Powder.” Of the Kadane’s respective discographies only a few songs have bridged that seven minute mark.

If there was any doubt that The New Year was expanding on the Bedhead sound, the opening piano/keyboard phrase of the album’s title track casts that doubt out the window. The album doesn’t really get going, however, until the third track, “Chinese Handcuffs,” luring the listener in with a bass line that’s down right funky before breaking into an instrumental flurry midway through. The chunk of songs that make up the middle of the album are The New Year at their finest. “Plan B” kicks off with a very simple, Bedhead-esque guitar pattern while Kadane almost moans together the lines “This isn’t breaking my back / but my spirit,” and the rest of the band comes in strong until the end. “Disease” slows things down again, because, ultimately, the band is never in a rush to take their songs anywhere but where they naturally end up. “Age of Conceit” crackles to life after the lines “give me back my childhood / but let me keep my beard / I’ll be the freakish little man” in what is probably the best closing statement the band has made on any song. “Start” is the closest head-nodding rock song among the lot with an opening minute that make you want to hit repeat, setting up the aforementioned “18” and the album’s intimate closer “Stranger Is Kindness.”

Listened back upon with the luxury of eleven years since its release, The End is Near is easily The New Year’s most concise and profound record. 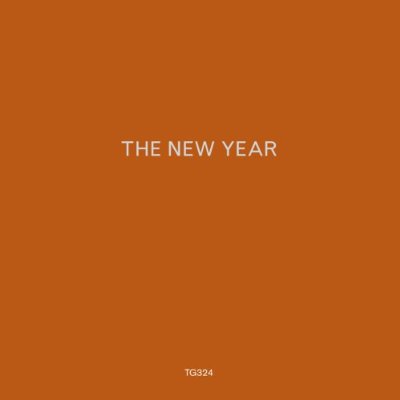 Before settling into years of marginal activity, The New Year released their self-titled third album, capping a span of releases that showcased the band’s commitment to their unique sound. Growth in their sound over the years isn’t obvious, rather, The New Year seemed committed to an idea from the beginning, tweaking that idea ever so slightly with every release. Whether this was the result of keen deliberation or a natural outcome to the artistic processes behind the music, is left, at least partly, up for debate. Perhaps more will be revealed about the band’s process in the days leading to and following their long overdue fourth album. Either way, the consistency of the Kadanes should be the envy of most, if not all, contemporary bands on the mellower side of the rock spectrum–whether they know about the band or not.

There has always been a kind of living room philosophy to Matt Kadane’s song writing, a comfortable blandness addressing everyday encounters, the monotony of the working man, and the ebb and flow of human relationship. That’s not to say the song writing is boring, but that it refrains from falling into the trap of unnecessary idealism. If all this translates to the band being, in one way or another, “grounded,” then The New Year is the band’s most grounded record. After all, in a musician’s career that’s culminated to more than half a dozen albums, plenty of touring experience, and a dedicated fan base, what better place is there to be than staring straight ahead with feet firmly on the ground?