Wolfgang Voigt, by now a household name among experimental music lovers, has produced A LOT over the years, dipping into every variation of ambient, acid house and minimal techno under the sun. Of all his musical endeavours–and let’s not forget his co-founding of the influential Kompakt label–his work under the GAS moniker in the late 90’s was nothing short of visionary. As Gas, Voigt washed away any remaining conventions around the four-to-the-floor beat, burying it within remnants of classical music and shifting atmospherics. Voigt has never shied from venturing into pure ambient form neither, like on the opening track of his debut album from 1996, where a beat simply never enters the mix. Now, 17 years after the release of the fourth GAS album, Voigt delivers a fifth, the densely woven and exquisite Narkopop. 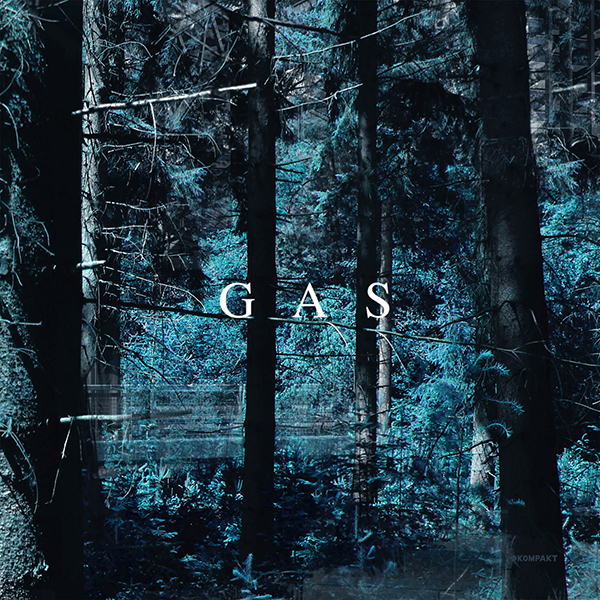 As the opiate-induced, dark sequel to 2000’s Pop, Narkopop certainly delivers. Pop’s optimism (Poptimism?) is dialled back this time around, snuffed out by a more oppressive sound. This could have been achieved with a more present, driving beat, I suppose, but Voigt accomplishes this mood more so by weaving elegiac textures seamlessly into these pieces. It’s evident from the first four tracks that Voigt is as relaxed at the helm as ever, like on “Narkopop 2,” where the looped string samples rise, fall and change shape more frequently then he has ever allowed with GAS in the past. Alone, “Narkopop 2” seems to lack focus, but in the context of the album it plays an important role in building anticipation for Narkopop’s spirited interior.

“Narkopop 4” is when things really get interesting. The piece builds intensity as the various textures fly into and out of the mix, laid on with thick brush strokes for the brief moment that they exist. The transition into “Narkopop 5” is shiver inducing. Flawlessly, the signature GAS kick-drum beat positions itself as the track’s backbone, like someone thrumming the side of a dumpster, the sound reverberating through dark alleys in an abandoned city. The skittering, brooding framework of “Narkopop 6” wouldn’t sound out of place as soundtrack to some future-noir sci-fi flick; again, it transitions imperceptibly into the next track, “Narkopop 7,” what one might classify as ‘barely techno,’ its austerity providing space for a gently pulsating beat that harkens to the early GAS days.

Although rare, Voigt has been a bit forceful with the beat in the past–I’m thinking select tracks from Zauberberg and Königsforst–but he finds near-perfect proportions on Narkopop, insofar as it never feels as though the drummer is trying to show up the band. “Narkopop 10,” the album’s powerful closing statement, finds an impeccable balance between all of its sonic elements, but Voigt is a master of the closing statement, so it’s no surprise he hit this one out of the park. 17 years on, it’s safe to say that Voigt’s vision of GAS has not distorted, only shifted to accommodate a broader version of the project. And perhaps, Narkopop will serve not only as thirst quenching for longtime fans, but as introduction to a new generation of listeners cursing themselves at only discovering this now. To that I say, better late than never.

Quick note on the incredible package Kompakt put together here for the 3LP release. Beautiful full-colour thick board jacket that gatefolds out to a twelve page booklet of Voigt’s nature photographs. I’ve never found his photography all that moving, but the way this is all put together is worth the heftier than normal price tag. The LPs are tucked neatly behind the front and back covers in slick, all black inners. A CD version of the album is also included, and sits in a holster on the inside front. Very nice all around.