Closing in on two decades now, Jim Haynes has worked scrupulously to mine the deep wells and various crevices of his singular artistic statement: “I rust things.” Impressively, in his pursuit of the ideas embedded in that phrase, new pathways keep presenting themselves, and Haynes is quick to explore them. I can’t help but wonder whether or not the artist himself anticipated the type of yield he’s received from this dedicated pursuit. Who knows? maybe that’s exactly the kind of thinking that would hold him up. Either way, artistically speaking, in a blink it seems Haynes has added up enough small, deliberate steps forward to have traversed a small mountain range; a distance not unscathed by his excavation of the phenomenologically abstruse. 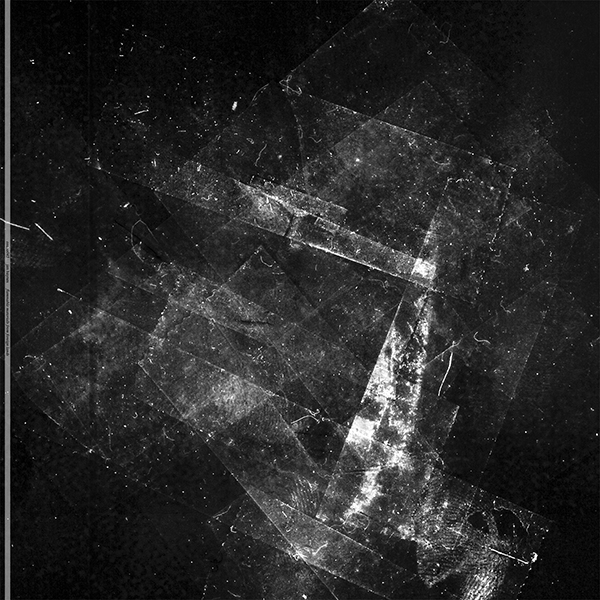 On Flammable Materials From Foreign Lands, Jim Haynes brings the dead back to life. Using primarily short-wave radio receivers, electro-magnetic disturbances were captured within the negative space of dilapidated Soviet-era war structures. The end result is some of the best work I’ve heard from the man, but I can only imagine the type of record he could have produced if his initial vision of picking up disturbances from “weird Soviet power transformers” or “fluctuations from shitty wiring” weren’t thwarted by a lack of electricity throughout the region. Although, as any artist will likely tell you, limitation, deliberate or otherwise, could very well be the key to a project’s success.

Something I’ve come to appreciate about the way Haynes describes his music is that he never shies away from citing his influences, in that listening to an artist’s work he respects seems to help put him into a desired frame of mind for his own music. Just yesterday I noticed in the liner notes for Mount Eerie‘s most recent album (not at all in the same ballpark musically) that both Sun Kil Moon’s Benji and Will Oldham’s Arise Therefore were cited by Phil Elverum as blueprints for its creation; one could say affirmation, really, for channeling the feelings and emotions around the death of a loved one into art.

Haynes cites Robert Ashley’s “Purposeful Lady Slow Afternoon” and, not surprisingly, Nurse With Wound’s recontextualizations of similar sounds, as compositional influences on the album. The B side, “Electric Speech: Nadiya” certainly bears a resemblance to Ashley’s piece, not only compositionally, but sonically as well. The Haynes piece’s focus is that of a female voice, fragmented and distorted, uttering indecipherable words from a foreign language. Haynes’ use of silence here only accentuates the listener’s anticipation between the snippets of sound. With a keen ear one can also pick up on some of the artist’s signature sonic devices, like the long wire drones that populated his early work.

The three tracks that make up the A side are more direct, channeling a sound more inline with the current direction of Haynes’ work, gritty and noisy. With any of the man’s albums, however, noise is never without its sonic and emotional relief, and Flammable Materials… too, has much in the way of slow-wielding, haunting minimalism. This, coupled with a now seasoned ear for sonorous expression in the way of all things tactile, rust-laden and decayed, Flammable Materials From Foreign Lands makes for one very, very fine listening experience .