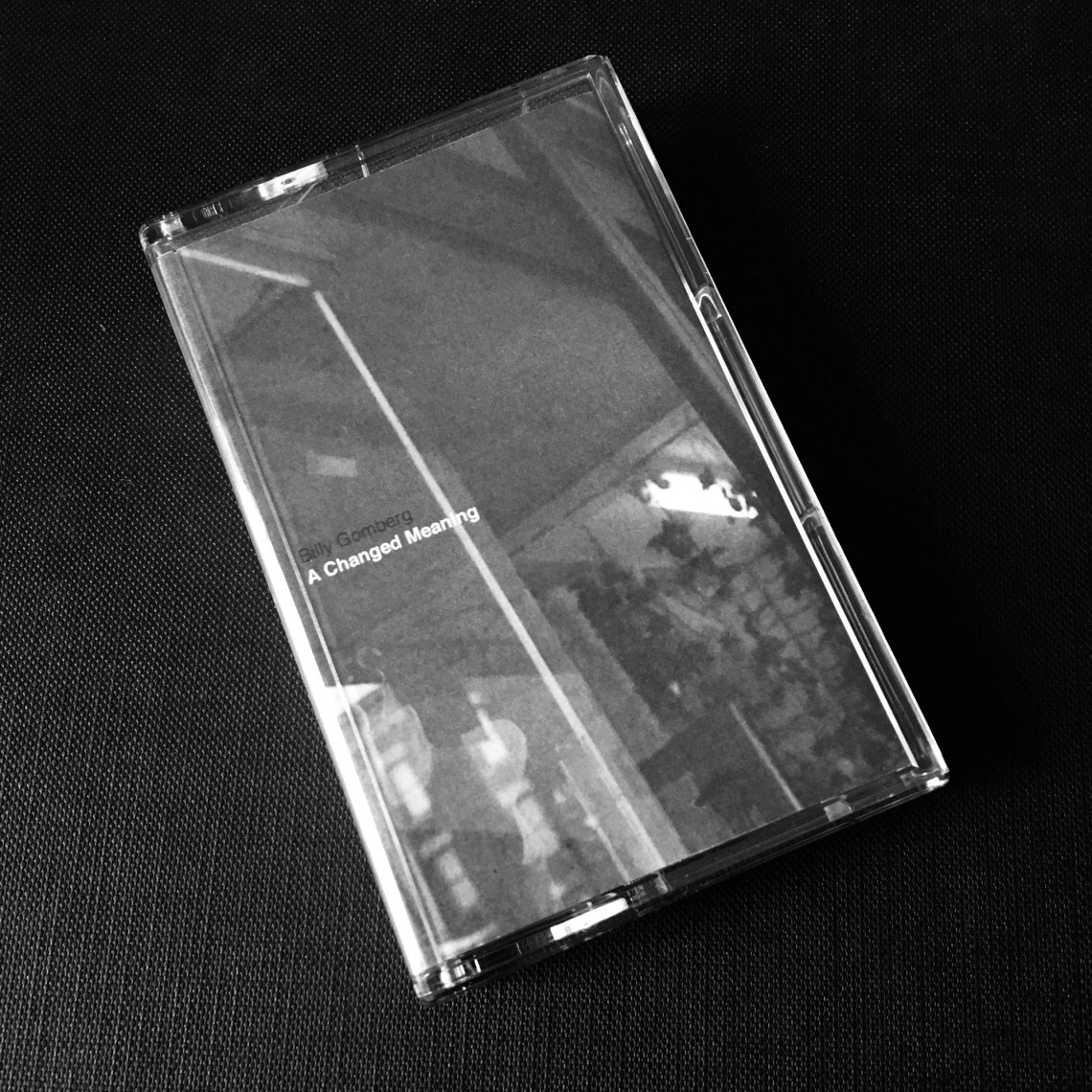 The prolific electroacoustic artist and Fraufraulein member, Billy Gomberg, had an eventful 2017. A Changed Meaning was one of two tapes to see the light of day throughout the year — the other, Transition, was released by Dinzu Artifacts (just named Experimedia’s favourite label of 2017). You might say that A Changed Meaning is Gomberg sticking to his bread and butter, but, even though the formula is a familiar one, it doesn’t mean it hasn’t been refined. This might be conjecture, but the contemporary stage for minimalist experimental music seems no longer set for improvisation and guitar drone. Much of what’s been coming down the pike sounds more manufactured than played, donning an algorithmic gloss I don’t always care for.

A Changed Meaning is a refreshing rebuttal to these pillowy works, the album possessing a quality of performance much like a handmade ring carries the mark of its silversmith. Like mountain air, Gomberg’s dronescapes are cold, diaphanous, and expansive. The music has a harsh noise physicality to it, where the harsh aspect is replaced with moodiness and foreboding. From these blackened, nebulous compositions we’re given a window into a world of finer textures that exist closer to the core: purposeful and calculable string vibrations brought to life by electromagnetic pulses. Whatever else is going on is hard to say — some electroacoustic wizardry no doubt. What is apparent is that Gomberg can reign in this music at will, and he does so at pivotal moments to keep his pieces on course.

A Changed Meaning doesn’t push boundaries, nor does Gomberg attempt to reinvent drone music here. What we have instead is a another solid release from a dependable musician. I can appreciate a lofty epic as much as the next guy, but the albums that tend to hold the most clout over time are the straightforward, no bullshit ones. Time will inevitably tell, but I think Gomberg has achieved this with A Changed Meaning. Here’s to hoping we see more work from him in 2018.